Upping the Game for Sport Relief in 2016

Following on from last year’s Marie Curie swimathon Suzanne is now upping her game. Instead of contributing 500m to a 1500m swim she is planning to do the whole distance herself. She is continuing to improve her fitness through swimming instead of running which has given the knee a chance to recover. Suzanne hopes to be back doing a weekly parkrun in the spring.

Next year the swimathon is being sponsored by Sainsbury’s Sport Relief. Watch this space for details of Suzanne’s giving page if you would like to contribute.

Swimming for Marie Curie in 2015 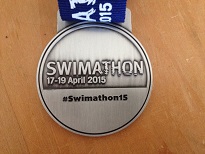 Last year Suzanne injured her knee and could not run. Concerned not to lose the fitness she had built from running and walking over the previous few years she ‘took the plunge’ and learned to swim front crawl right from the basics of breathing and putting her face in the water without panicking. On April 18 this year Suzanne was delighted that she was able to contribute 500m to a 1500m swimathon for Marie Curie in a 50m Olympic pool, something she could not have conceived of doing last summer.

If you would like to help Marie Curie to provide care to over 40,000 people living with terminal illnesses across the UK then do take a look at the team’s Just Giving website. Note this is now closed but do still consider giving to Marie Curie. 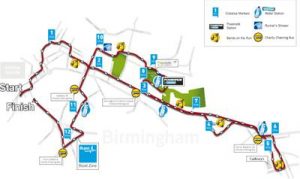 On October 20 2013 Simon took on the Great Birmingham Run, which is half-marathon distance, for the charity Diabetes UK. He raised over £575. Thanks very much to all who supported him.

Although his Just Giving site is closed you can continue to donate to this charity which is very close to Simon’s heart, having been diagnosed with Type 2 diabetes back in 2000 whilst undergoing a routine medical test for an insurance provider.

Simon chose to run for Diabetes UK to make more people aware of the condition and it’s symptoms so that they can find out what they need to do to avoid the worst. On average, currently only 75 per cent of the expected cases of diabetes are detected. By the time they are diagnosed 50 per cent of people with Type 2 diabetes show signs of severe complications. Read more about both types of diabetes on Diabetes UK’s own site.

Chariots of Fire For The Papworth Trust 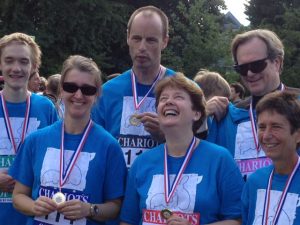 On September 22 2013 Suzanne led a team (Tortoises & Hares) in the annual Chariots of Fire charity relay following in the footsteps of the famous film. Each of the six team members ran a 1.7 mile course in relay format. You will see from the photos in the galley on the team’s Just Giving site, the wonderful scenic route through the streets and colleges of Cambridge.

The Chariots of Fire chosen charity was the Papworth Trust and to date we have raised over £800. Many thanks to everyone that sponsored us.

Although you can no longer donate directly through our site you can still continue to support this great charity via the Papworth Trust’s own Just Giving Site.

Here are our #gcloud11 services! https://t.co/S33LtFMEAb

:ery pleased to be on the latest government GCloud framework for providing cloud services. @GOVUKdigimkt #gcloud11